audite: Hey Rene. I assume your music career has changed drastically in late 2011 and 2012. What happened and how are things going right now?

Rene LaVice: Things are going really well. I’m currently on tour in Europe as you know and it’s been great so far.

I very often played „Just Words“ and „Spile“ in 2011 and I still do but I had the feeling that no one else did. I felt kinda sorry for you because those tracks were definitely quality stuff and they should have been heard by the people. I think you have a very unique style. You create tracks which combine deepness and heavy basslines. They are perfect for the dancefloor and there is no need to add a wobble. You know what I mean?!
What influences do you use when you create new tracks? What are you aiming at in the process?

I wouldn’t feel bad about people not knowing my music back then. To be fair at the time of Just Words and Spile I was still relatively new to the scene and that release was a step up for me. When you’re from Canada, it takes a lot longer for people to learn about your music; it’s much harder to get exposure in general. As a producer you may not always get the recognition people think you deserve, but if you stay consistent and don’t let the lack of exposure phase you, then people with the means to promote your stuff further will take notice of you and have faith in you and you’ll get that recognition eventually. Ultimately, you’ve got to believe in the music you make. If you don’t, no one else will.
When I’m making music I’m expressing myself. It’s like therapy. Sometimes it starts with a really small feeling or idea, and then I get slip into a zone and keep extrapolating it until I’ve unearthed something that I didn’t realize was there. Sometimes it’s something scary… something monstrous. Sometimes the demons come out.

In 2012 you released „Headlock“ on RAM Records. This track seemed to blow up the whole DnB scene, after that you got the attention you deserved.
The „Absolute Monster EP“ followed also on RAM Records and since then many many DJs have played „Absolute Monster“ as well as your older tunes.
Andy C offered you an exclusive deal for RAM Records. So now you´re signed to one of the biggest labels in the DnB scene.
What can we expect from you in future? Another EP or even an album? Are you now going to move to the UK like so many others did?

Right now I’m living in Toronto, Canada and travelling a lot. Jungle / Drum and Bass is worldwide now, there are scenes in almost every corner of the globe and I think that’s wonderful for people like me who love travelling and experiencing new cultures. When you experience music from other cultures it can open up new things inside you creatively, so travelling is a big part of that. Things are great as they are right now, so currently I’m not looking to move houses.

You are located in Toronto, Canada.
Can you describe how things began? Did you start as a DJ or as a producer?
How is the DnB scene in Toronto and in Canada in general? Are the people more into Jungle than in DnB?

Toronto’s cool. It’s my home so it’s hard to really compare it to other places. There are lots of events though, Jungle, Drum and bass, Dubstep, House, electroacoustic sound art…. whatever really. It’s such a diverse city that you can find just about anything there.
Things began with me playing drums in bands that I started with friends initially. At the same time I was into tinkering with recording and making my own rap beats and stuff. Then I got a set of turntables simply because I was fascinated by the fact that you could manipulate sound that way. I bought a set after screwing around with an old record player at a friends house and becoming obsessed with it. So I started scratching and beat juggling and I was making really crude scratch beats out of samples from records and a borrowed drum machine.
Around that time I started hearing college radio shows like The Rinse Out Show 88.1fm and The Prophecy 89.5fm Toronto, and I learned that Drum and Bass was actually a genre of music. Being a drummer and a lover of authentic sounding music I found D&B really infectious and my sound just started evolving on it’s own from there. Those radio programs were a big influence on me. I have Toronto to thank for my early education in what D&B actually was as a genre.

Your biography says that you are a film maker as well. Can you tell us more about that?

I’ve always had a passion for making films and although making and performing music is my main focus, I have a hard time hiding my love for experimenting with other creative mediums. When I was in school I had a lot more free time to make silly art films and stuff but now that music has taken off it’s hard to find the time.
Recently I’ve managed to slip in a few music videos for other artists though, so that’s been a nice way to keep that interest satisfied with short small projects like that.

We are really happy that RODEO can announce your first gig in Germany. What do you expect from Germany and from the crowd?

I’m excited as well! I’ve never been to Germany before and I can’t wait. My hopes are that everyone has a great time, enjoys the music and gets rowdy!!
I’ve got a load of exclusive new material to test out and and I can’t wait to see what the reaction is going to be. I’m going to play some of my all time favourites and test the waters to see how far I can take the crowd. It’s going be something really fresh and really live. Anything could happen!

Have you ever heard from Leipzig before?

No I haven’t. But I wish I could stay longer. I’ve heard that Germany is a beautiful country and I wish to explore it. It’s on my “to do” list.

What makes a good DJ for you?

Hmmmm.. I think a good DJ is someone who is true to themselves and also reads the reaction of the crowd well. Some Djs play the top 100 of D&B and others are more aimed at pushing a sound that caters to their own productions. I think both types are great, but it’s important to know which type you are and what you represent and do it well. Knowledge of self with a willingness to explore is what makes a good DJ.

What can Leipzig expect from you?

I’ll be playing lots of my own material, lots of unreleased material as well that I’m testing out as well as tracks from other producers that not only mean a lot to me as pieces of music, but also make me want to dance all night. I always travel with a large amount of music, so depending on the vibe of the night we might go to some unexpected places

Thanx for the interview Rene, we are looking forward to have you here on the show! 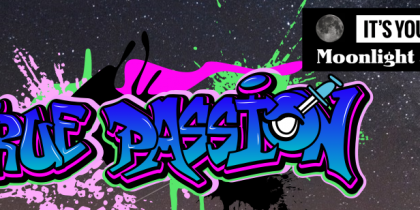